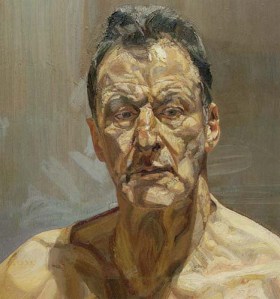 an absolute gift to two named individuals in their personal capacities absolutely and was not given to them on trust under the will. However, the court heard evidence that the legatees held the assets on a secret trust that took effect outside the will.  The two individuals in question were the Claimants in the action.

One of the Claimant’s was Freud’s solicitor, the other was his daughter.  The Claimants were also the testator’s executors. The court rejected an argument from the Defendant, one of Freud’s children (at one time this was disputed by the Claimants, but was accepted for purposes of this piece of litigation that the Defendant was one of Freud’s 14 children) , that the naming of the solicitor as legatee pointed to the existence of a trust on the face of the will.  If that conclusion were correct, it would make it difficult, if not impossible, for a professional person to be trustee of a secret trust.

The decision of Richard Spearman QC breaks no new ground on the relevant principles and is specific to the facts of the case, but contains extensive discussion of case law on secret trusts (to which no reference is made in a will) and half-secret trusts (whose existence is disclosed in the will, but the terms of which are not) which would be useful for any practitioner advising in this area.

Freud’s last Will provided at clause 6:

I GIVE all the residue of my estate (out of which shall be paid my funeral and testamentary expenses and my debts) and any property over which I have a general power of appointment to the said Diana Mary Rawstron and the said Rose Pearce jointly”.

The issue in the case was whether, on its true construction, clause 6 made the Claimants absolutely entitled to Freud’s residuary estate. A declaration to this effect was the only relief claimed in the Part 8 Claim Form.

However, the Claimants’ case was deceptively simple, they made it known that their full case was that the clause 6 gift of residue was subject to a fully secret trust imposed by Freud during his lifetime. The terms of that trust were not disclosed by the Claimants and had purposely avoided revealing the terms of that trust to the Defendant, on the basis this would go against Freud’s wishes. However, they had gone so far as to inform the Defendant that he was not a beneficiary of the trust.

The Defendant’s case was that, on a proper construction of the Will, Freud’s residuary estate was not given to the Claimants for their absolute benefit, but instead was given to them to hold on the terms of half-secret trusts which are not set out in the Will.

Both sides were in fact arguing that the gift in clause 6 was subject to a trust but for the Claimant’s purposes it was sufficient that the Court granted the declaration sought in order for a fully secret trust to take effect outside the Will.  The significance of the distinction between a fully secret and half secret trust was that if the trust was half-secret and the necessary formalities were not met the Defendant wished to explore its validity with a view to asserting there was an intestacy of the residue. In the event of intestacy, the Defendant would be entitled to a share of the residue.  If the Claimants’ case was right the Defendant’s only claim for provision from the estate arose under the Inheritance (Provision for Family and Dependants) Act 1975.

This was a essentially a construction dispute and there was no dispute between the parties concerning the relevant legal principles:

Save where section 21 of the Administration of Justice Act 1982 applies, a will should be interpreted in the same way as a contract, namely as summarised by Lord Neuberger of Abbotsbury in Marley v Rawlings [2014] UKSC 2 at [18]-[19]:

“[18] During the past 40 years, the House of Lords and Supreme Court have laid down the correct approach to the interpretation, or construction, of commercial contracts in a number of cases starting with Prenn v Simmonds [1971] 1 WLR 1381 and culminating in Rainy Sky SA v Kookmin Bank [2011] 1 WLR 2900.

[19] When interpreting a contract, the court is concerned to find the intention of the party or parties, and it does this by identifying the meaning of the relevant words, (a) in the light of (i) the natural and ordinary meaning of those words, (ii) the overall purpose of the document, (iii) any other provisions of the document, (iv) the facts known or assumed by the parties at the time that the document was executed, and (v) common sense, but (b) ignoring subjective evidence of any party’s intentions. In this connection, see Prenn, at pp 1384–1386 and Reardon Smith Line Ltd v Yngvar Hansen-Tangen (trading as H E Hansen-Tangen) [1976] 1 WLR 989, per Lord Wilberforce, Bank of Credit and Commerce International SA v Ali [2002] 1 AC 251, para 8, per Lord Bingham of Cornhill, and the survey of more recent authorities in Rainy Sky, per Lord Clarke of Stone-cum-Ebony JSC, at paras 21–30.”

Section 21 was not in issue in this case. It was common ground that no extrinsic evidence as to the instructions given on behalf of Freud, or as to what his solicitors intended by their drafting, should be admitted as an aid to interpretation of the Will.

Difference between a fully secret and a half-secret trusts

A trust is fully secret if the will does not disclose that the trust exists, to the world the gift in the will looks like an outright bequest.  It is immaterial whether the trust is accepted before or after execution of the will but it must be communicated must occur in the testator’s lifetime, otherwise it cannot be enforced and the legatee will take beneficially.

A trust is half secret if the will discloses that there is a trust but does not disclose the object and/or terms of the trust.  The details of the trust must be communicated to the trustee before the execution of the will (or at least be contemporaneous with it) otherwise it will fail.

The Defendant’s submissions broke down into three arguments:

Argument 2: The other provisions in the Will support a conclusion that the gift in clause 6 was intended to be a gift to the Claimants on trusts as opposed to for their absolute benefit:

Argument 3: the relevant factual context in which the Will was made and common sense both suggest that Freud had intended the gift in clause 6 to be a gift to the Claimants on trusts rather than beneficially:

The Defendant was held to be right in saying

(i) that the gift in clause 6 of the Will was not expressed to be a gift made to the Claimants “beneficially” or “absolutely”;

(ii) that the gift was made to the Claimants by name alone (and not by description, such as “solicitor” or “daughter”);

(iii) that the Claimants were the same persons who are appointed as executors and trustees by clause 1.1 of the Will;

(iv) that this was spelled out by the repeated use of the word “said” in clause 6, and

(v) that the gift was made to the Claimants “jointly”.

However, neither separately nor cumulatively did these points answer the point made by the Claimants that the gift in clause 6 is expressed as a simple gift of residue, and that clause 6 contains no mention of a trust.

Discerning the testator’s intention from the words in the entirety of the Will, and construing all the words in context, the fact that the testator referred to the Claimants as “Trustees” in clauses 3 and 4 but referred to them by their names in clause 6 was more consistent with the construction that he intended them to take personally and absolutely rather than as trustees.

Because one of the individuals upon whom clause 6 of the Will is expressed to confer a gift was the testator’s solicitor, and even more so because the Will was drawn up by that solicitor or by that solicitor’s firm, the public interest considerations discussed by Lord Evershed MR in Re Rees [1950] 1 Ch 204 at [211] required the court to be vigilant before accepting clause 6 means that the Claimants took as beneficial legatees. However it was common for solicitors to be appointed as trustees, and one reasonable explanation for a clause which confered a beneficial gift on a solicitor was that the testator intended to impose a fully secret trust. In this case, it was the Claimants’ evidence that the gift of residue was indeed subject to a fully secret trust under which Freud’s solicitor, the first Claimant, did not stand to benefit.

The Defendant’s argument that the fact that one of the Claimants was the testator’s solicitor suggested that the gift in clause 6 was intended to be a gift to the Claimants on trusts rather than beneficially would make the use of professional persons to be fully secret trustees nearly impossible.

The Court accepted the submission from the Claimant’s to the effect that the powers, or many of the powers, in clause 7 of the Will were not inconsistent with the Claimant’s case, or were at least not so inconsistent as to cause it to be rejected in favour of the Defendant’s interpretation. The clause 7 administration provisions should be viewed as ancillary provisions and did not justify interpreting clause 6 as making a gift to the Claimants as trustees.

The Will revoked the earlier 2004 Will, which contained a differently worded clause 6 which was plainly intended to create, and appears effective to have created, a half secret trust.  The factual context to which both sides agreed, that the judge could have regard included the fact that Lucian Freud’s residuary estate was likely to be very substantial, and the fact that Lucian Freud was professionally advised by solicitors, by whom both Wills were drawn. In light of those facts, the only reasonable conclusion to be drawn from the change of wording is that Freud did not intend to create a half secret trust by clause 6 of the Will. If that had been his intention, it was difficult, if not impossible, to see why, with the advantage of professional legal advice from the same solicitors who had drawn the 2004 Will, he did not use either the same words as he had used in the 2004 Will or at least clearer words than he used in the Will.

In light of this background, and whatever may be the position with regard to other testators, when considering the significance of this change of wording it is unrealistic to suggest that Freud did not have an appreciation of secret trusts.

Kerry Underwood
The STEP Blog
A Range of Reasonable Responses

All the law on Sexual Offending